As a couples therapist, the most overriding questions that I deal with concern the nature of relationships. These questions include: Why is someone attracted to one person but not another? What makes a relationship successful? Why do some people seem to have all the luck while others never seem to be able catch a break? Similarly, why do some people keep repeating the same mistakes? And why do so many people stay in relationships that have clearly gone south? This entry, and for that matter all future entries, will be taking a look at these questions. 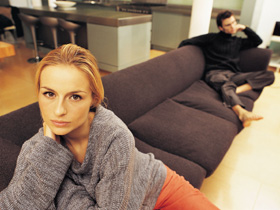 Theories abound about these questions. The aforementioned “some people have all the luck” theory is popular with country–western singers. Astrologers believe that the answers are the result of the alignment of the sun, the stars, and the moon. Ancient Romans held Cupid and his arrows responsible. Many psychoanalysts attribute theories of love and attraction to an unconscious search for a mother’s (or father’s) love. I, too, have my own thoughts on the subject.

Unfortunately and predictably, I cannot share all my thoughts on this topic in a single article. I have thus decided to write a series of entries, beginning with this one, devoted to the question of what brings couples together and what keeps them together—for better or for worse. Now, let me introduce you to Joe and Gina, a married couple and former clients of mine who can show us a lot about the rules of attraction.

It would be an interesting exercise if we could somehow see a videotape of a married couple’s first date. I bet that we could see the seeds of what would develop into the relationship’s strengths and weaknesses. Joe and Gina, a couple whom I saw in marriage counseling many moons ago, are my favorite illustration of this. They were a couple in their mid-thirties who sought help because Gina was very unhappy in the relationship and contemplating divorce. Several weeks into the therapy they mentioned something about the night they had first met. I hadn’t heard this story so I asked them about it.

They told me that they had met at a party at a mutual friend’s house. Gina said that they clicked right away. I asked what the attraction had been and Gina said that during the party she had been drawn to Joe because he had been the funniest person she had ever met. She went on to say that he started talking about his work and told story after story about what he did at work and whom he worked with. Then he talked about his family and all of his crazy aunts and uncles. Then he talked about high school and all of the antics the he and his buddies pulled. She concluded by saying that she had laughed so hard between 8:00 and midnight that her side hurt and she had just about wet her pants.

Bear in mind that I knew these people fairly well, so when she was finished I pointed out that they hadn’t even been on a date at this time but I wondered by the end of the evening what they knew about each other. Gina said, “What did I know about Joe? I knew a ton about him. I knew where he worked, who he worked with, what he wanted to do with his career, where he grew up, the constellation of his family, where he went to high school, the names of his high school friends, and the activities that he participated in.”

So I asked Joe what he knew about Gina. Joe was very clever and he didn’t miss a beat. He said, “By the end of the party I knew three things, “I knew that I loved the sound of her laugh, the shape of her ass, and I also knew her telephone number.” When Gina heard that, she got an incredible “aha” look on her face and said that she now understood things in a way that she had never understood before. She said, “That night was fifteen years ago and I now see that all of the issues that have me in a marriage counselor’s office contemplating divorce were present at the party. Joe was a self-centered son of a bitch who only thinks of himself that very first night when I fell for him.” She added that she could also see how her opinion of his stories had evolved from finding them amusing to finding them obnoxious.

Although I was glad that Gina had developed some insight into Joe’s personality and her marital problems, in order for counseling to be beneficial, people must have insight into their own problematic behavior. So the next question that I asked her was what I considered to be the most important. I asked her what she would have done if Joe had stopped himself and said, “What’s the matter with me? I’m monopolizing the conversation. Tell me who you are, what you think, what you believe.” Gina said, “What would I have done? I would have excused myself ASAP to see if the hostess needed help in the kitchen. I would have been so uncomfortable.”

As we talked about this in the counseling, it became clear that Joe dealt with his issues and insecurities by needing to be like Johnny Carson (remember, I saw Joe and Gina years ago). What was less clear was whether Gina needed to be like Ed McMahon or the audience. Ed, as you will recall was always there to back up Johnny and never was the center of attention himself while the audience was always present, but for all intents and purposes, was invisible.

This anecdote serves as a great illustration of the way in which people’s personalities blend together to form a relationship, but we still don’t have any answers to the questions raised at the beginning of this entry. Clearly, Joe and Gina had an opposites attract thing going. But why did Joe need to be the center of attention and be with someone who found him funny? And why did Gina need to keep herself out of the limelight, and why didn’t she find it odd that she and Joe had spent hours together and he hadn’t asked any questions about her? These are the types of questions that future entries will be looking at. 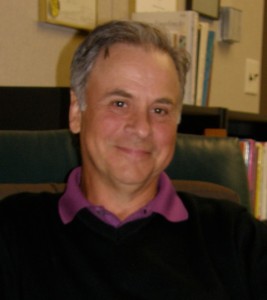 I’ve been in practice since 1979 when I graduated from the University of Chicago-School of Social Service Administration (SSA). I’m honored to state that SSA recently recognized me as one of their outstanding graduates. The first four years of my postgraduate experience were at Metropolitan Family Services where I received extensive training in family therapy. Then in 1983, at the same time that I began my private practice I started counseling police officers for the Chicago Police Department.

The experience that I had with the CPD led my late partner, Jerry Bolger and I to conclude that the police needed specialized services that needed to be close to, but external to, a police department. With that in mind, in 1987 we founded The Police Assistance Center which later became known as St. Michael’s House where I remained for twenty years until Jerry passed away and I decided to devote myself to my private practice on a full time basis.

On the personal side, I have been happily married to my wife Lynette since 1983. We met in graduate school, but in 2002 she left the field to follow her true passion. She now owns and operates her own business-Three Bags Full: Knitting Studio in Northbrook. We have two wonderful sons. Our older son, Aidan, works for Commonwealth Edison where he provides energy audits for corporations and institutions as well as responding to customers’ questions as the ComEd Energy Doctor. Our younger son, Corey, has moved home after spending five years teaching in South Korea. He is an aspiring author and is working on a novel. I am an avid golfer and would like to run for mayor of Sportsman’s Country Club if the office ever comes into existence. 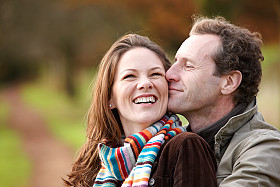 For over forty years I have been helping people who are hurting emotionally. They may be feeling lonely and depressed or overly anxious. They may be having trouble meeting a potential partner, struggling with their marriage, or going through a divorce or break up. In short, I work with normal, everyday people who are at a low point in their lives.

With regard to relationships, many of the women that I see lament that they are tired of giving more than they are getting, while many of the men complain that they are tired of being labeled controlling and told that “they just don’t get it.” The truth is that, even though sometimes it’s hard to see, each person is contributing to the problem regardless of who is the “good guy” and who is the “bad guy.” I help both members of the couple figure out what they are doing that is perpetuating the problem and help them develop a healthier and more effective approach. 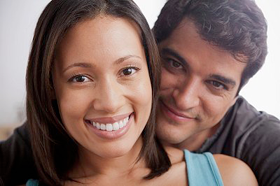 Whether I see you individually or as a couple, my job is to help you find satisfaction within yourself and within your relationships. You have a right to happiness. You have a right to be in a relationship in which your wants and needs are being respected while you are respectful to the wants and needs of your partner. Finding fulfillment and true happiness is not a fantasy for the movies. It is reasonable that you can be truly satisfied. I can’t promise you a miracle, but I am confident that I can help you achieve the happiness that you deserve.

I try to anticipate questions you might have about our counseling and provide the answers here. If you need additional information click here to email me through my contact form.